Monaco’s residency by investment is based on the Sovereign Ordinance no. 3153 signed between France and Monaco in 1964. Foreign nationals aged over 16 who wish to remain in Monaco for longer than three months, or to establish residence in Monaco, must be in possession of a residence permit issued by the Monegasque authorities. The process varies depending on whether the investor is a European national or a non-EEA national.

To become a resident in Monaco is not as strict as for some other countries. However, the applicants are still required to make the qualifying investment, show sufficient funds to be able to live in Monaco and demonstrate proof of accommodation. In return the applicants are granted permanent residency with the right to travel, live and work in Monaco.

Monaco, officially known as the Principality of Monaco, is a sovereign city-state on the French Riviera in Western Europe. With an area of only 2.1 km2, it is the second smallest country in the world. Despite its size, it is globally recognised as one of the wealthiest and most expensive places in the world (with the lowest poverty rate – according to the CIA World Factbook). It also has the world’s highest GDP nominal per capita at USD 185,742.

Monaco offers a warm Mediterranean climate with beautiful ski resorts only a two hour drive away. Major sporting, cultural and music events, taking place every year, have contributed to the principality's status as a popular destination for wealthy tourists.

Benefits of the Monaco RP:

To qualify, applicants need to fulfil the financial requirement below:

BANK DEPOSIT
starting from:
EUR 1,000,000
Alternatively applicants can split the investment by depositing EUR 500,000 in a bank and purchasing real estate for EUR 500,000 .

If you feel that the Monegasque residency might be right for you, please fill out the contact form for more information or to schedule your free consultation with one of our private advisors. CONTACT US or CHECK YOUR ELIGIBILITY 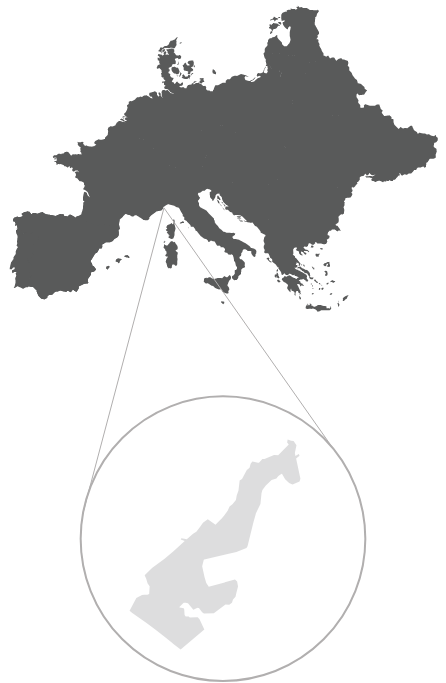 explore our other programs